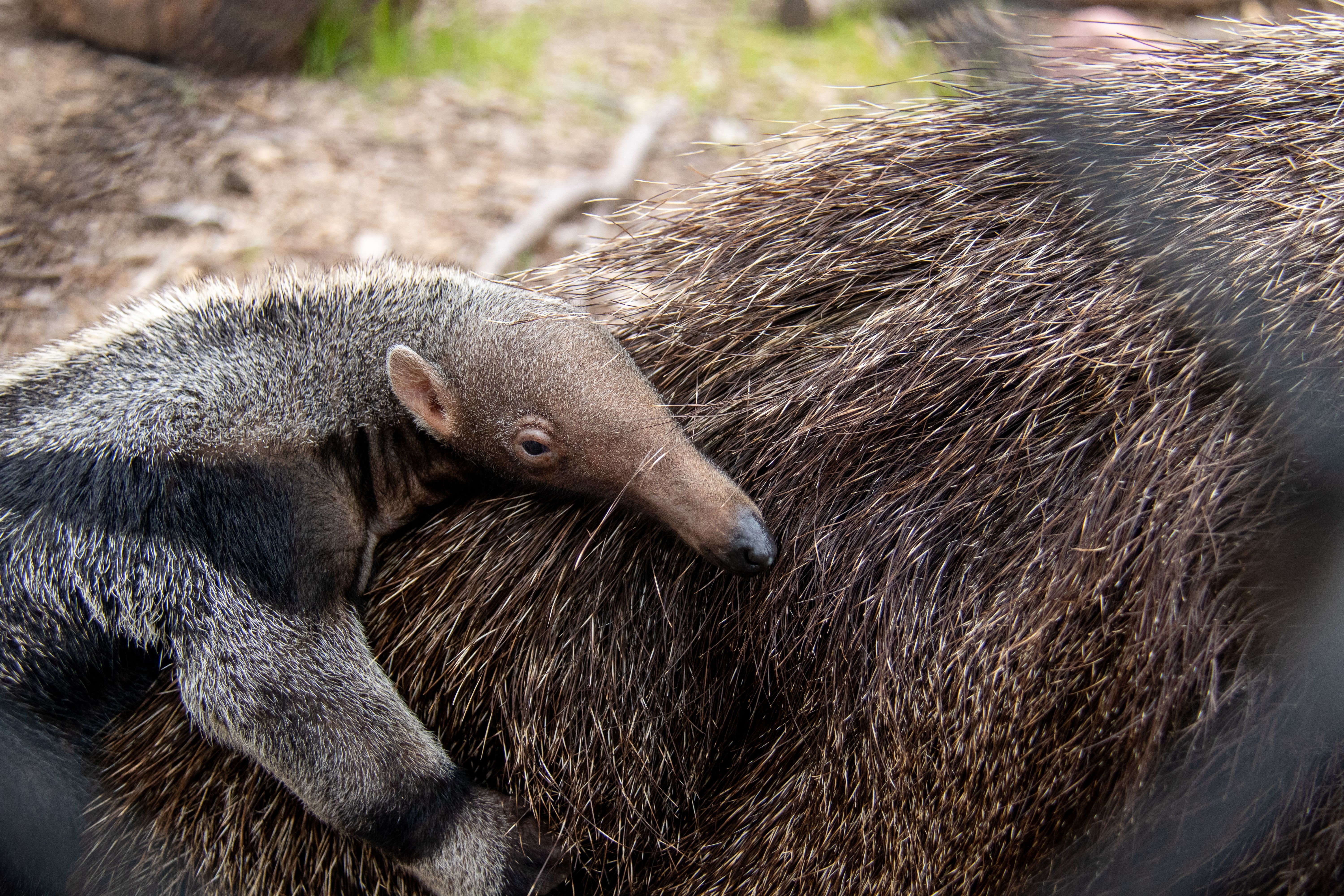 Lincoln Children’s Zoo is excited to announce the birth of a giant anteater. Mom, 3-year-old Maisy, delivered the pup, named Lancaster, on May 29, 2022. Both mom and pup are healthy and thriving.

“With the continued decrease in population of giant anteaters, this birth is incredibly important for animal conservation efforts,” said Evan Killeen, Lincoln Children’s Zoo CEO. “Our Zoo team has worked hard to ensure the health and safety of mom and pup and they’ve done an amazing job. Maisy has a great maternal instinct and has been taking great care of her new pup. We’re excited for everyone to meet Lancaster.” Lancaster was named after the great county the Zoo resides in. It’s too early to determine the sex of the pup, that will be revealed at a later date.

The gestation period for a female giant anteater is about 180 days. After birth, a baby climbs onto their mother’s back where it can stay for up to one year, occasionally climbing down to nurse and explore its surroundings.

Giant anteaters are listed as Vulnerable on the International Union Conservation of Nature’s (IUCN) Red List of Threatened Species, meaning they face a high risk of extinction in the wild.

The Lincoln Children’s Zoo is part of the Association of Zoos and Aquariums’ Species Survival Plan Program. The program develops a Breeding and Transfer Plan which identifies population goals and recommendations to manage a genetically diverse, demographically varied, and biologically sound population. The plan’s coordinators approved breeding recommendations for the Zoo’s giant anteaters Maisy and Asterix.

The public will be able to view Maisy and Lancaster starting June 28 at 10 a.m. Please note: For the foreseeable future, Maisy and Lancaster will only be on exhibit each day from 10 a.m. to noon. During those times they will still have indoor access and might not always be visible.