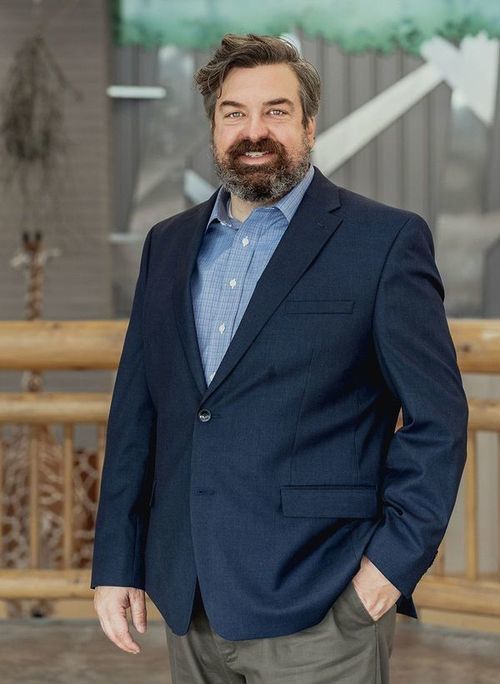 Evan Killeen has been named the Chief Executive Officer of the Lincoln Children’s Zoo, effective January 1, 2022. Mr. Killeen has held the position of Chief Operating Officer at the Zoo for the last ten years under current CEO, John Chapo. Mr. Chapo who has served as CEO of the Lincoln Children’s Zoo for 35 years, will step into the role of President Emeritus and will remain at the Zoo for the next two years continuing his resource development, media appearances, and strategic planning to ensure a seamless transition of leadership. “Evan Killeen is a dreamer and a builder. He will work tirelessly to raise the success of the Zoo even higher. He is a committed, ethical, and dedicated leader who has all the talents and gifts needed to accomplish greatness for our Zoo. He has my complete support along with that of the Zoo Board of Directors and the Zoo’s professional staff” said Mr. Chapo.

Under Killeen’s visionary leadership over the last decade, the Zoo has thrived. Most notably, Mr. Killeen spearheaded the $25MM Zoo expansion project bringing giraffes, tigers, spider monkeys, and cheetahs to Lincoln. As CEO, Killeen will oversee the 18 acre facility which has approximately 350,000 visitors annually and is the largest tourist attraction in the city, the second largest in the state, employing 35 full time employees.

“The Board is delighted to appoint an executive of Mr. Killeen’s caliber and experience to the role of CEO.”  Said Lincoln Children’s Zoo Board Chair, Jon Sevenker.

Mr. Killeen brings extensive industry experience, visionary leadership, and an impressive financial trajectory, bringing the Zoo from a $1.7MM organization to $6.4MM during his tenure. Mr. Killeen has demonstrated that he possesses the skills, knowledge, aptitude, and capability to continue leading the Zoo towards future success.

“I am honored to continue working alongside such a talented and dedicated team of individuals, and I am humbled by the opportunity to lead our beloved Lincoln Children’s Zoo into the future” said Killeen.

Evan Killeen is a Lincoln native and a graduate of the University of Nebraska. Before joining the Zoo, Killeen served as Deputy Director at the Lincoln Children’s Museum and Director of Education at The Strategic Air Command Museum.